During the 1930’s and 40’s the clubs and speakeasies of Chicago and New York swung to the Big Band sounds of Duke Ellington, Count Basie, Benny Goodman, Tommy Dorsey and countless others. We got to know this music by the radio and by the military bands like Glenn Miller’s band during WW2. This became the British dance band sound that stayed popular in the 50’s and 60’s. Whereas jazz musicians tend to prefer the swinging groove of the earlier bands, the British audience still has a nostalgia for the Miller sound. We hope to offer both.

In Hereford, saxophone players Mancell Burgess and Les Causer got together to bring this music alive, with their friends playing brass and forming a rhythm section. Early Hereford bands were called the Paramount Orchestra and the Russ Allen Dance Orchestra which played regularly at the Park Hall Wormelow. 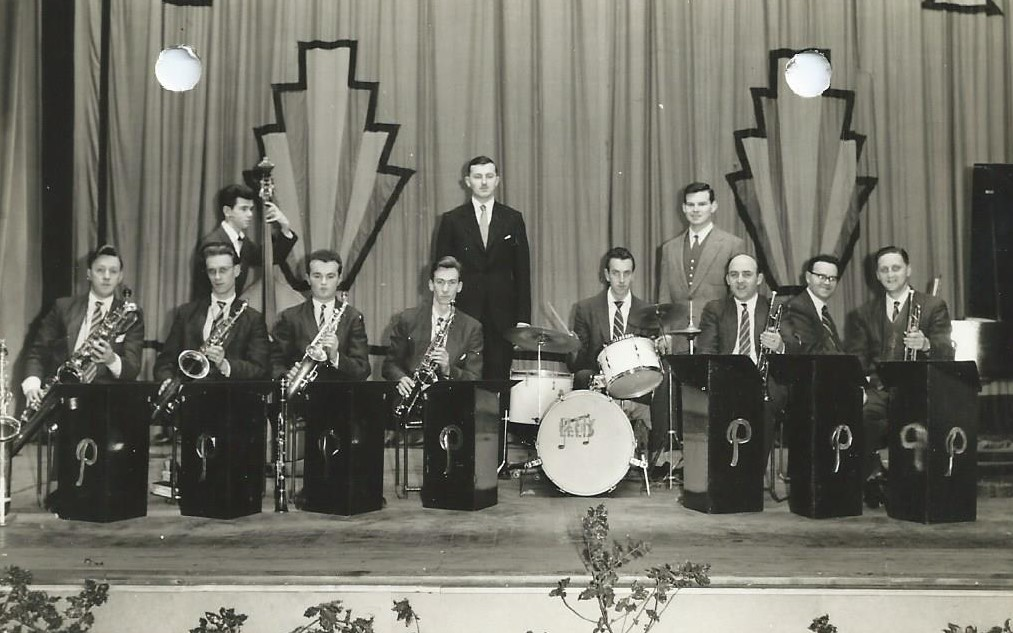 Mancell Burgess and Les Causer were Musical Directors of the band with Ray Walters sometimes taking a turn to lead. An early member of the band was Kenny Powell, previously a member of an RAF Band (now retired to grow prize cucumbers!) who brought authenticity to HBB performances!

Eventually this became the Hereford Big Band. Here it is with Mancell as Director: 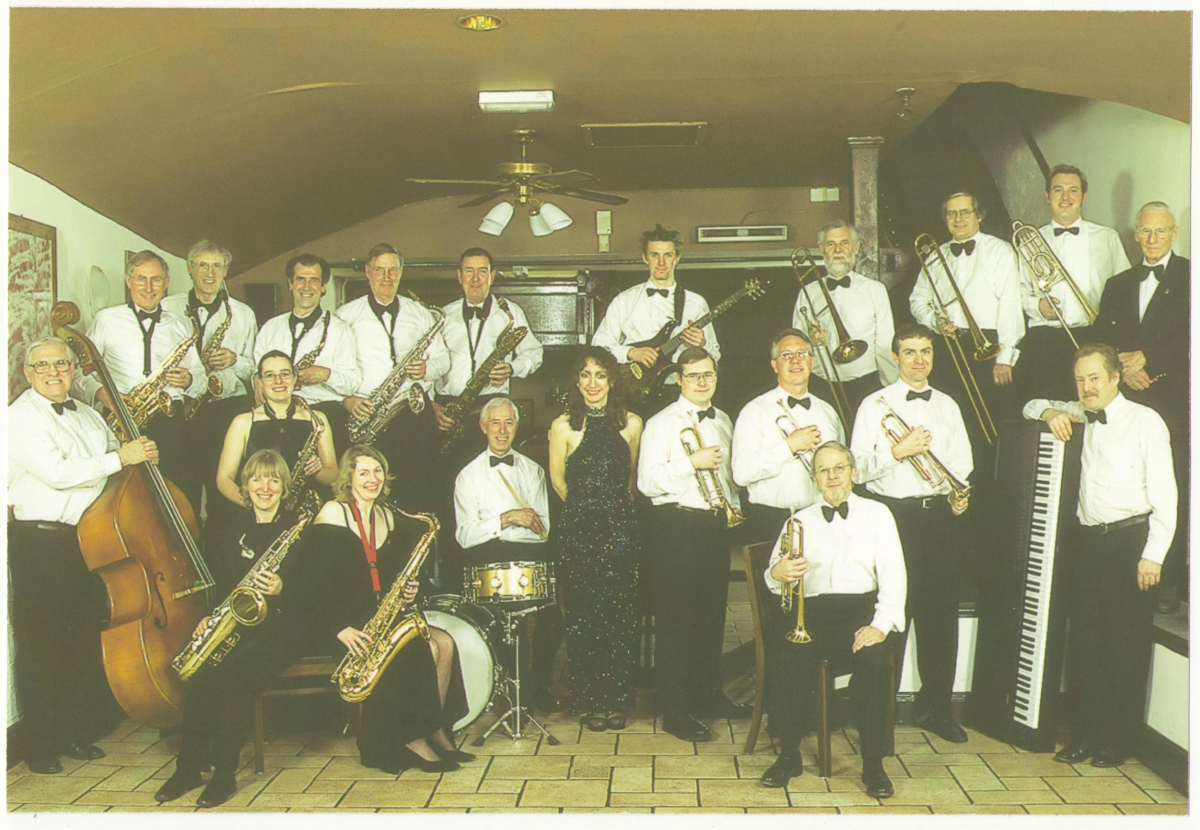 This important picture is the link between the Paramount Orchestra and Hereford Big Band. A number of these players remain members today.

Since then HBB has developed into a Community Band, introducing this exciting music to a new generation of players and performing for a wide range of events across the County.

Hereford Big Band has a special relationship with St. Michael’s Hospice, for which it has provided music for quite a number of fund-raising events.

The band has also played for many weddings in the county including at Lyde Court and Brinsop Court. There have been concerts at the Courtyard Theatre and at the National Trust’s Berrington Hall.

As the band is well-known for its performances of the music of Glenn Miller there have been some very special 40s events at RAF Cosford, at Shobdon Airfield and at Tenbury Wells.

The band has been as far afield as Calne, Wiltshire, Shrewsbury, Llandrindod Wells and Rhayadar!

A singer is very often available to add that further excitement and interest to an HBB performance. The band has been privileged to include the outstanding singing of Beth Hippard and Lorna Dale, as well as their current splendid and versatile vocalist Terence Rowberry.

Hereford Big Band has been led by several further expert Musical Directors, including Pete Groves, Chris White and Andi Licqurish. The band’s current Director is Pete Fletcher, versatile musician, teacher and technician who brings the band bang up-to-date with his own further arrangements of swing favourites.

The Hereford Big Band produces a bold and exciting sound, but can be set up in a relatively modest space. It has been accommodated on the stage of many village halls and even in the back bar at Hereford’s “Barrels”.

HBB is available to play for Charity Events, Weddings, Family Parties, Concerts, Dinner Dances or any such events which you may imagine!